Exploring the Relationship Between Academia and Practice in Cybersecurity

Pursuing an academic degree lays the foundation for what a career may hold. However, regardless of your industry, one consistent theme emerges: Are our graduates prepared for day one on the job?

Join us as we speak with Professors and Cyber Professionals alike diving deeper into the potential tensions that may arise between academia and practice. We will also discuss where changes could be made to better prepare students for a life in the cybersecurity industry.

Exploring the Relationship Between

Academia and Practice in Cybersecurity Dr. Cihan Varol is a Professor at the Department of Computer Science at Sam Houston State University. He received his Bachelor of Science degree in Computer Science from Firat University, Elazig, Turkey in 2002, Master of Science degree from Lane Department of Computer Science and Electrical Engineering from West Virginia University, Morgantown, WV, USA in 2005, and Doctor of Philosophy in Applied Computing from University of Arkansas at Little Rock in 2009. His research interests are in the general area of information (data) quality and its applications in Digital Forensics and Information Security areas, with specific emphasis on personal identity recognition, record linkage, entity resolution, pattern matching techniques, natural language processing, VoIP forensics, Data cleansing of VoIP artifacts, and web forensics. These studies have led to more than 80 peer-reviewed journal and conference publications and two book chapters. He has supervised more than 30 Ph.D. and M.S. students for their thesis and graduation projects. As the Graduate Director for the department between 2015 and 2020, he was heavily involved with student recruitment and external review of the programs. He serves as a co-chair for the International Symposium on Digital Forensics and Security (ISDFS) events. Also, he is currently the subgroup chair in IEEE’s P2834 – Secure and Trusted Learning Systems project, in which the group is creating security and digital forensic readiness standard for Learning Management Systems. The PI also has extensive teaching experience in Digital Forensics since 2009 and also provided several keynote speeches in Digital Forensics. 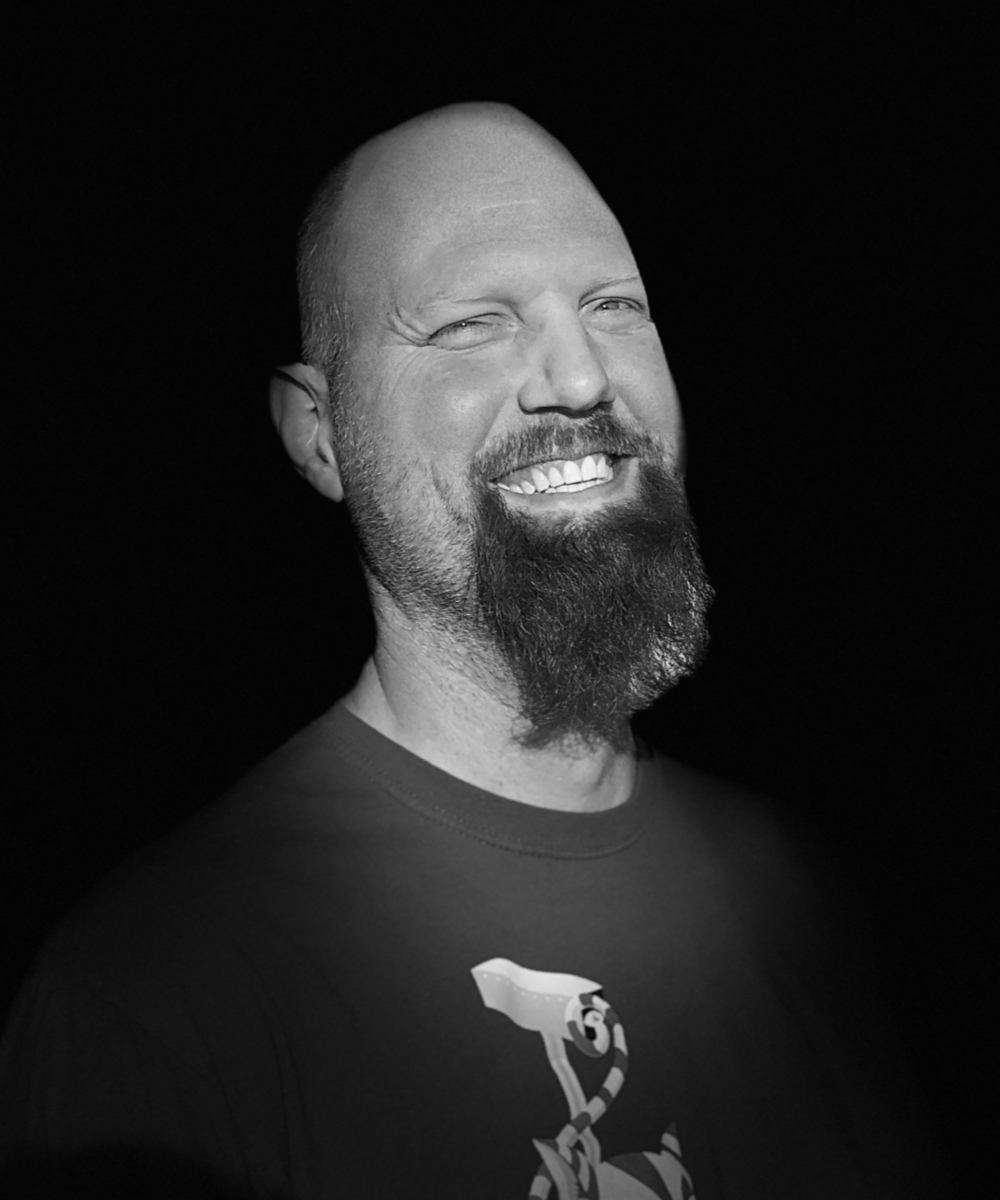 Manager of Security Operations at Security On Demand

Dorian is the Manager of Security Operations at Security On Demand. A serial DEFCON contest winner, Dorian is still learning many things cyber and is focused on leadership and team building.

Before beginning his new career, Dorian had 20 years of extensive military experience in the areas of training, project management, threat analysis and logistical planning solutions with international implications. A military policeman by trade, Dorian also spent nearly nine years protecting US embassies and interests worldwide. Using skills, knowledge and experience gained during this time, Dorian was able to successfully transition from a senior leadership role within the Marine Corps to become a driving force at Security On Demand. ⁠William Yeack is the CEO and Founder of Member.buzz. Yeack started Member.buzz to empower groups of people to come together and focus on their mission instead of their technology.

As a long-time executive and active philanthropist, William knows first-hand the difficulties surrounding coordinating groups of people – whether it is building a business or funding a charity.

⁠Under Yeack’s tutelage, Member.buzz is poised to reshape how individuals collaborate with each other towards a common goal. Group leaders will no longer be forced to cobble together a multitude of tools, platforms, and plugins to run their groups; instead they can do it all with Member.buzz.

In his spare time, William enjoys living and traveling around the world with his wife Kristie, his son William Augustus, and his dog Odin.

William attended the University of St Andrews, the London School of Economics, and Stanford. 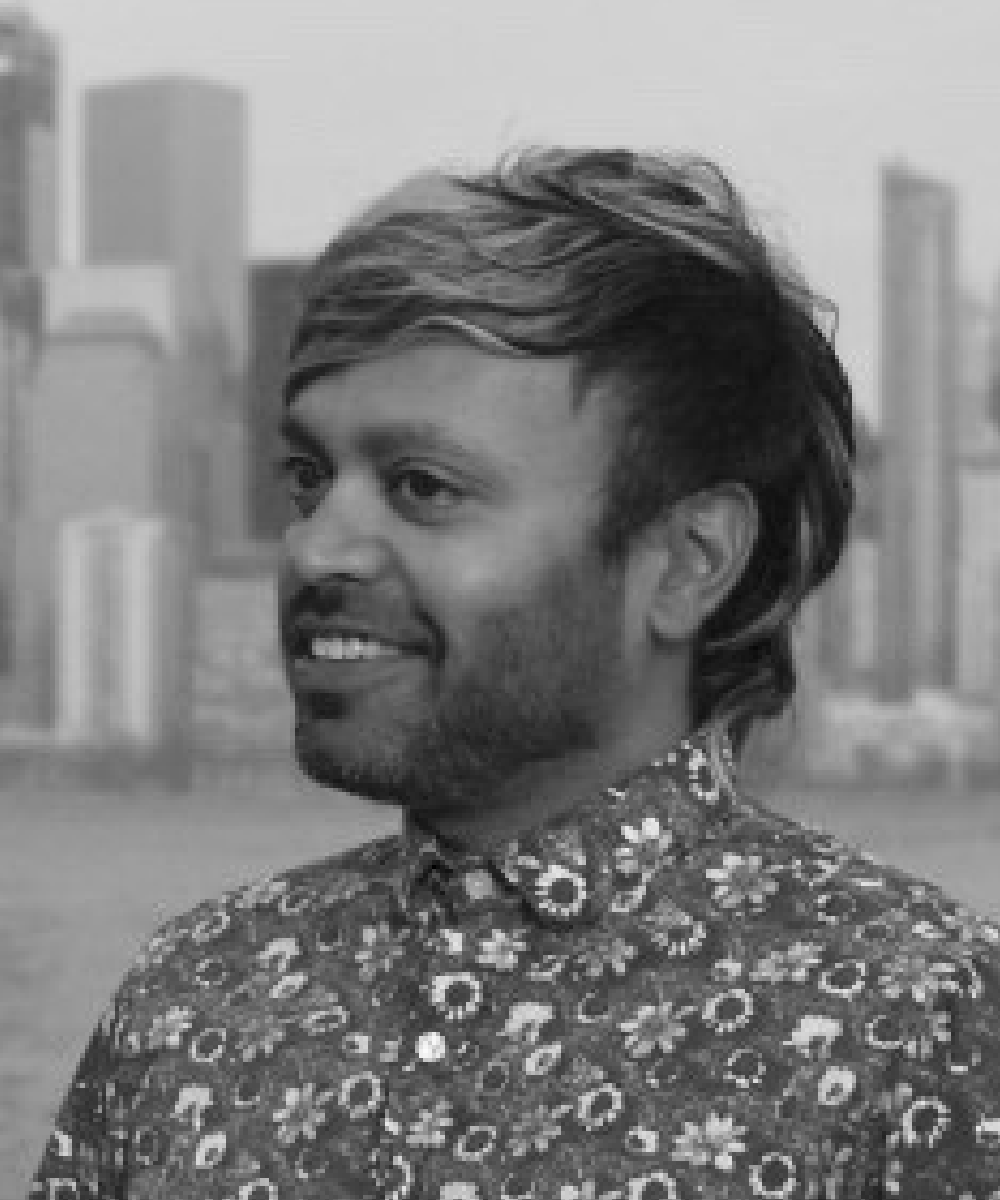 ⁠Arka Bala is Founder & CEO of ContextGrid - a start-up based in Silicon Valley. ContextGrid has created an open registry for contextual data and holograms in the physical world, browsed using the first Open Augmented Reality based browser for the spatial web. It’s similar to Verisign’s DNS service and Mosaic, the first web browser. He is also helping track and prevent COVID19 with spatial web tech as the CTO of HealthGrid Alliance, and Co Founder and Governing Board Member of the OpenARCloud.org., Arka has 15 years’ experience as an Entrepreneur and Big Data Architect with extensive experience and strong skill set in Big Data and Cloud involving startups, banking, financial services, business intelligence and data warehousing. 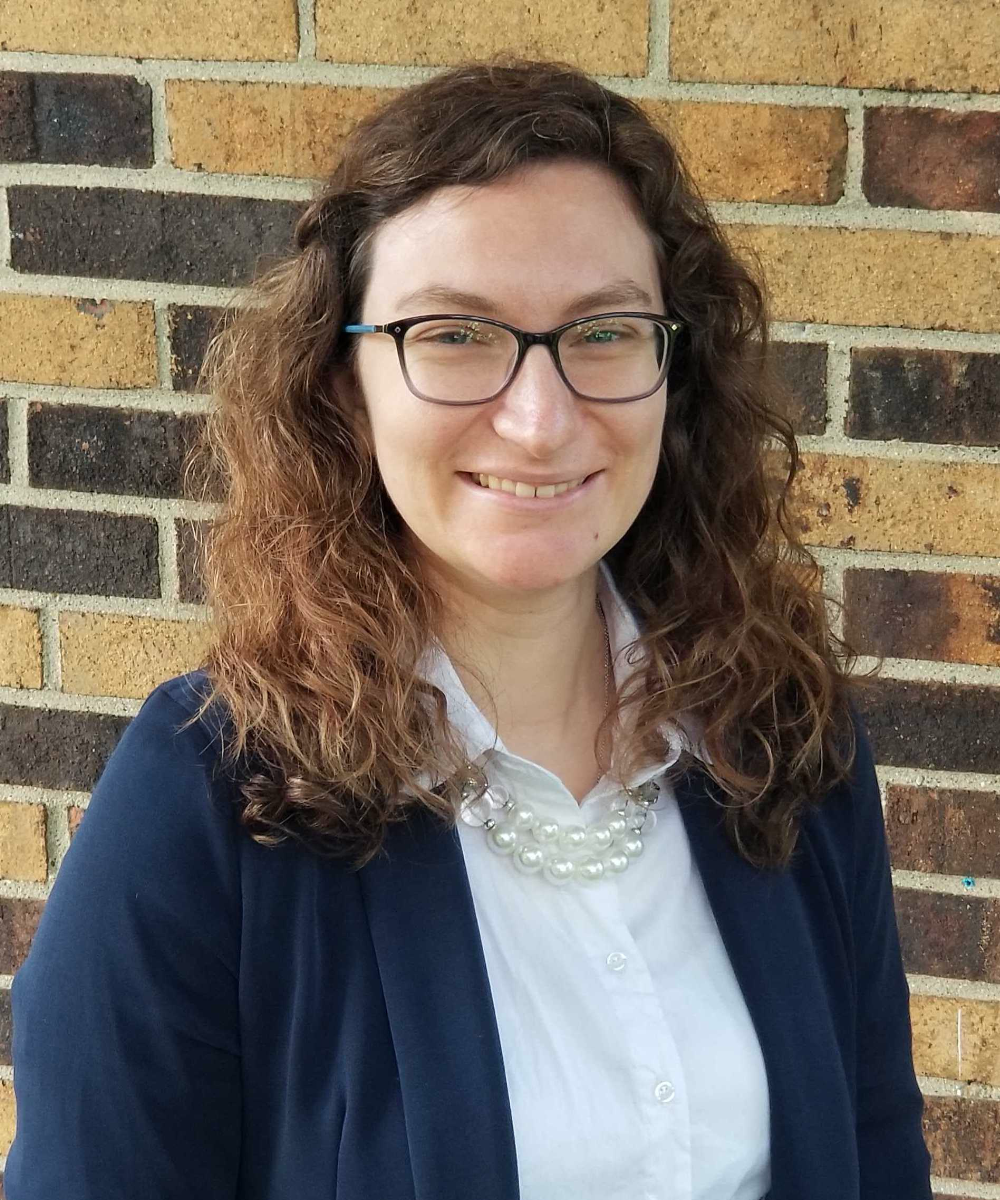 ⁠⁠Dana Woolcock currently holds a position of Director of Cross Engineering in the Office of CTO at Barracuda Networks. Dana joined Barracuda Networks in 2015 after spending 5 years working in the IT Helpdesk at University of Michigan - Flint. Dana started as a QA Engineer focusing on Barracuda’s shared codebase. While she excelled in her technical work, she also showed exceptional organization and project leadership skills. In the recent years, Dana stepped into engineering management and is now leading a full-stack engineering organization in delivering internal tools and critical customer facing cloud services. Dana's career growth at Barracuda is easily identified as one of the most outstanding examples of driving exceptional outcome with people leadership and strong communications. Her passion in empowering every team member to their strength has produced a dynamic, efficient and nimble development engine. ⁠Daryl Pfeif is the Founding Partner of Digital Forensics Solutions (GotDFS.com) and CEO of Digital Security Associates (GotDSA.com). Since 2004, she has been actively engaged in digital forensics and cyber security, supervising forensic and data breach investigations, security audits and analysis, training, research and software development. Daryl is also a founding Board Member and the COO of DFRWS.org, a volunteer-driven non-profit organization that coordinates international knowledge sharing and collaborative activities for leaders in education, government, and industry to address emerging challenges and to advance the science in DFIR research and practice. Daryl’s most recent endeavor is the Cyber Sleuth Science Lab, (CyberSleuthLab.org) an initiative founded in 2016 to empower young women and other underrepresented youth to pursue careers in DFIR and related fields. 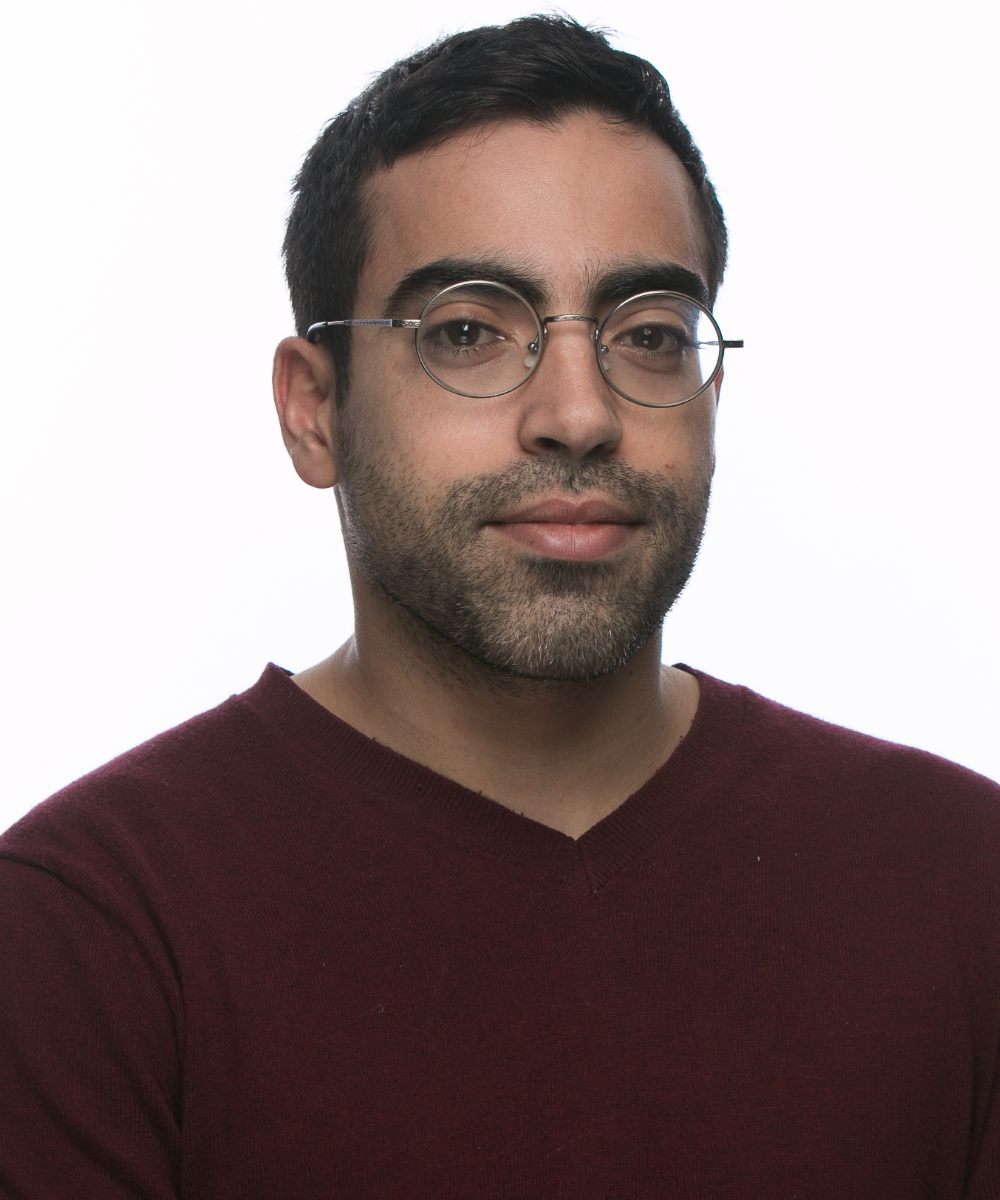 ⁠Erez Turjeman is a security researcher and a software engineer at Barracuda Networks. Prior to Barracuda, he worked on various embedded systems at SeaPTec and Cisco, and he continues to help Barracuda in building secured software components and services to serve our wide varieties of customers. As part of the Barracuda Labs organization, he focuses his research on networked systems from IoT devices to cloud infrastructure. Identifying vulnerabilities in devices and the operating ecosystems they belong to is Erez's passion. Lately, Erez has utilized various tools and techniques to track, identify, and analyze the malicious threats in network and application security protection contexts. Erez holds a B.Sc. in Computer Science from the Hebrew University.

Exploring the Relationship Between

Academia and Practice in Cybersecurity